Can you tell me briefly what your series is about and how it all started?
The photos from America mark a personal project in which I investigate the identity of youth in industrial areas. In 2016 I worked on a project in the northeast of England, the black sea coast. My curiosity about West Virginia was sparked at the beginning of 2017. When Donald Trump was just elected as President of America, all eyes were on his supporters, including the population of the West Virginia mining region. I became fascinated by these news reports because I saw clear parallels with North East England. Mining provides a certain energy requirement for humans and leads to economic prosperity.

At the same time, it is robbing the landscape of which it forms part. And then, as the industry falls in decline and almost disappears, another drama unfolds. Not only natural resources are exhausted, but it is also hitting the identity of those left behind. Curious about the background and history of this mining region from the Appalachians, I came into contact with a Dutch journalist who had just returned from West Virginia. After reading several articles and books about this area, I decided to travel to McDowell County at the beginning of February 2017.

« In the beginning, it felt like a personal adventure. I traveled by myself with my camera’s with only one idea, making a photo project about youth growing up in this area. »

From the moment you realized it was a subject. How was your organization? How long does it take to get there? Did you stay in a hotel or in a local house with the people? How did you start to take photos?
Once I decided to give it a chance to travel to West Virginia I organized my trip from Amsterdam to West Virginia. All I knew was to book a hotel in advance as it is a rather isolated area. The duration of the trip from Amsterdam to McDowell County in West Virginia takes about two days traveling. Because I really didn’t know what to expect and who would I meet I planned a stay of approximately two weeks including traveling. In the beginning, it felt like a personal adventure. I traveled by myself with my camera’s with only one idea, making a photo project about youth growing up in this area. The moment I arrived there I was completely overwhelmed by the distinctly wooded landscape and the deserted environment at first glance. But soon I was taken in by the first friendly encounters with the local population.

« The moment you open yourself, using your ‘sixth sense’, things come your way, or you come across things. »

Once I had settled in the hotel (where I was the only guest) and had met the hotel owner I felt more at ease. And actually my project started on day 1. Everything had been important in that. My feeling for the environment, the landscape, the weather, the people I met from the first day. The moment you open yourself, using your ‘sixth sense’, things come your way, or you come across things. It’s not that you know by forehand, but I like to work this way, to trust my intuition. In this way, I met people and through them, other people and other places. When I went back home after my first trip I knew I had to return to deepen my project even more. Only for my first trip, I stayed in a hotel, after that I stayed in other places, to be more located and connected with the local people. Still, I visited the hotel owner every time when I was there.

« With the photos, I am not only telling a story for the viewer but also say something about my own experiences, memories, and encounters. »

When we look at your series on different subjects we see the link between them. I find it very strong and I have a lot of respect for that. Photography for me is a very strong medium because it’s a mirror and a window at the same time. You can see what you’re looking at and who’s looking at it. What do you think about that?
The mirror and window you mention have also to do something about the experience of the photographer. With my camera, I search for the individuality of this youth. I try to pay attention to the portrait, the faces of the children, their facial expressions, and their body language with the utmost care. I want to show every child’s vulnerability and resilience. With the photos, I am not only telling a story for the viewer but also say something about my own experiences, memories, and encounters.

You focus on youth in this region, why?
Youth is an interesting theme to work with, in many ways. In my work, I want to emphasize the position of the young generation in its natural environment. And maybe it’s because I am a mother myself that I am naturally attracted to photographing this theme, it’s also an attraction based on my intuition. It feels natural to work with this theme, as it were. These children share the same background. A lot of the adults around the children of this area have to deal with daily struggles. Many children don’t live with their biological parents, often with grandparents or other family members. Yet they are also part of the strong solidarity that the community offers them where they feel the warmth and security. I wonder what future perspective is offered to this young generation.

Tell us more about your relationship with the kids there. how can you earn their trust?
Before I connected with the children I connected with their parents or guardians. Because working with adolescents I wanted to be sure it was okay to photograph them, but this happened quite naturally and easily. In my opinion, American people are very accessible. And when some people saw me returning again to their area they trusted me more and more. I also brought back some prints of the pictures I had taken to give to them. The people who I saw again really appreciated this gesture.

Either way for them I come all the way from Europe, from over the ocean. With some of the families that I feel a special connection with I keep in touch through Facebook. From time to time I have a chat and we exchange some short stories. My wish is to return next year when traveling is allowed again. I want to visit a few families that I have met before. Their children have grown and seen how they developed makes it so interesting for me to photograph.

Did you work differently in this project compare to the others? or your process was the same? Tell us more about your general process when you decide to work in a place or subject?
I don’t think I worked differently than my other projects, in all my projects I work quite intense. But « We Love Where We Live » is my most recent project and through the time I felt connected more and more, even when I was not in that place I worked on the project by reading books and having conversations. Because of the duration of the project, it actually consists of several layers. And along the way, I began to understand more and more of the area.

« I worked in a period of three years on this project and to see my work published in a beautiful photo book is really great. »

You won the HSBC prize with this series a book was made on this occasion, how was the collaboration? did you choose the photos and layout or it was pretty standard?
Winning the HSBC prize was really awesome. Winning a prize means a lot, it is not only a great opportunity showing your work for a wider audience, it is also an encouragement for the way you work. I worked in a period of three years on this project and to see my work published in a beautiful photo book is really great. From the beginning, I had very good contact with the editor from the publisher Atelier Éditions Xavier Barral. I prepared my edit very well as a starting point and from that, we worked together on the final edit for the book.

I saw that you participate in some workshops? can you tell us How did these workshops help you? Was it important for your work and personally to participate?
I studied the history of art at the University of Amsterdam and after that, I continued a study at the photo academy where I graduated in documentary photography. From here I started to photograph my own projects. But it was a great experience participating in workshops in the following years. It helped me in several ways in my development in my own projects.

What are your top 5 photobooks?
Okay let’s see:
Imperial Courts – Dana Lixenberg
She Dances on Jackson – Vanessa Winship
The Adventures of Guille and Belinda and the Illusion of an everlasting Summer – Alessandra Sanguinetti
Entrance to our valley – Jenia Fridlyand
78 – Issei Suda 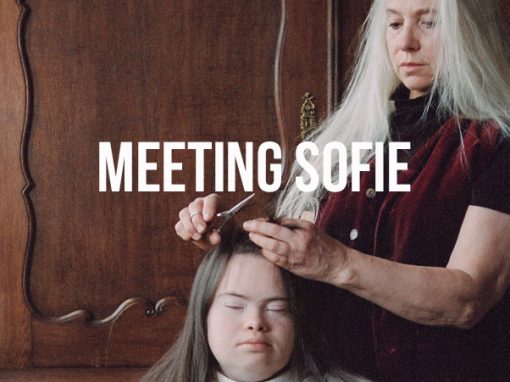 Can you describe the series about Sophie? I got to know Sofie, 18 years old girl with Down syndrome, in the autumn of 2017. She’s just finished school and spent almost every day on the family

END_OF_DOCUMENT_TOKEN_TO_BE_REPLACED 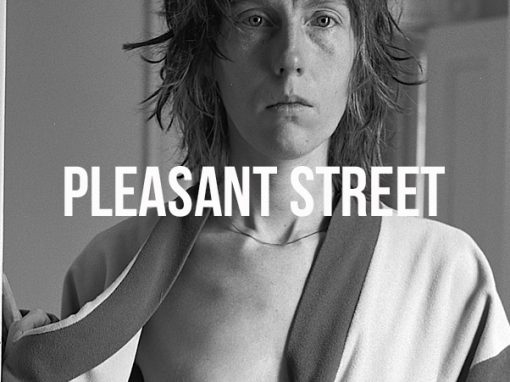 Can you tell us about your series Pleasant Street? Why did you decide to photograph your family members? What did it get you at the time? Was it also to mark a period that seemed

END_OF_DOCUMENT_TOKEN_TO_BE_REPLACED 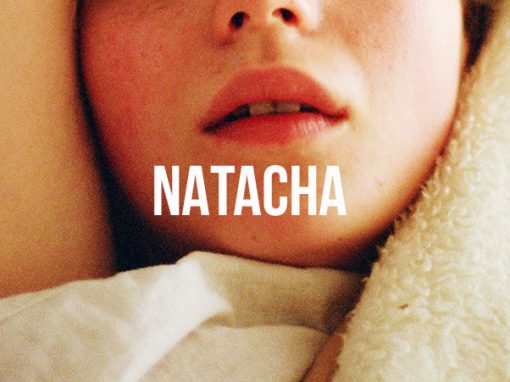 Can you describe the series « Natasha »? I started by making a series of portraits/interviews of Belarusian journalists and artists, then I photographed Minsk, then the country. I met Natasha during my first stay in Minsk.