What is the purpose and the starting point of your series?
This series is like a dig with strata, and these representations are like clues of a riddle that wouldn’t have to be solved. These fragments, these images combine or oppose each other and the layers of meaning are piling up. I am always attracted to the unformulated, which is part of the unspeakable and this photographic ensemble is played out in research and experience. So the images are deliberately purified, perhaps a way of getting back to basics.

Then I have the impression that everything is in the title, APACHE PALACE, fragment & projection. APACHE PALACE: Apache the Amerindian tribe to evoke the immaterial, intangible side, spiritual, apart from society something that has its own rules. And Palace for the notion of territory, of strolling, of roots, of returning to the roots. I started this series after a big change of life, a return to the roots after leaving for about fifteen years. A memorable and violent experience. This series is the result of this wandering of this territory that I find and study.

Was there a decisive moment at the beginning?
This series is a little ambivalent for me. There was a break in the way I operated, I had to move away from the analog, which was my comfort zone, towards digital. And the decisive moment is this change of life. Like a major reset.

« Never a consciously elaborated fiction, never quite true because there is always a in between of the real which is the projection. »

What camera did you use?
I never liked that question. I’ve worked with so much cameras analog 35mm, large format, or digital. I am not one of those photographers who are fond of equipment, but I am looking for the material that will best convey the feeling, the rendering of what I have in mind. But to answer it is done with my good old Nikon D700 and some of them with the 5D Canon. I must say that since digital I haven’t really fallen in love with my devices. It’s been a frustration and I dream of finding the one that will make me feel much more excited.

What is your organization and process for this project?
This series was spread over several years. It was made up of many steps and « roadtrip ». As a way of reapprehending my territory, my roots; to experience and take an addition of evidences. They are images drawn from everyday life without frills, whose degree of abstraction erases everything landmark. Never a consciously elaborated fiction, never quite true because there is always a in between of the real which is the projection. What is important is that the images are timeless. It’s something I’ve been sticking to since my early days as a photographer.

How do you work in general I imagine that each project is different but how does an idea grow to become a project?
Often an image emerges, a form of vision appears to me. And then starts a kind of quest for
this vision, which generates either wonder or frustration, but in any case it guides me. My problematic is already very broad and I have been working on it for ten years now, I believe. And it works as a rhizome, with transversal themes. It’s very important to me because I works like that, and it gives me a lot of freedom. Except for one very specific subject I want to treat in a very different series; my problematic is integrated and allows me to have a photographic approach. So I did a lot of research and sometimes very far from art.

The Human Sciences have often had an influence on my research, for example, now it’s something else, I’m very curious so I feed upstream, I do research about what’s overwhelming me, I draw what goes through me, I lay pillars, central images. Then I leave all this in a corner, I let it fall back for a while. As if to create an expectation, until everything overflows… and at that moment I make pictures. What matters to me at this stage is the instinctive side, it’s a difficult feeling to describe. But with all its upstream steps, my look at the things will be imbued with it. This instinctive and impregnated side is important in my opinion for the intensity of the images next. In the end, my work often comes from a form of feeling, a certain intuition.

« Nature is a worker of time and silence, and silence may be the only one telling the truth. »

The nature is important in your work, the link with the elements seems to be a theme, an essential variable. Can you tell us more about it?
Because it is only nature that is worth questioning and changing! Indeed, the elements are an essential variable of my work, they are the ones that fascinate me the most. They are our best teachers. Nature is a worker of time and silence, and silence may be the only one telling the truth. To answer this question, it would take too much space because I will unpack during lines and lines a true declaration of love for nature.

The invisible and the truth are my themes of predilection and the elements are the only ones who never lie. Afterwards, to reveal myself a little bit, I was a little girl a little wild who spent her time in the forests and scrublands and it never really left me. This link being strong it comes back in my concerns. What is interesting in photography anyway is what is going on between his inner world and the world in which we live.

What are your photo influences? At the beginning for example and later until today.
When I was very young it was Sophie Calle because I thought she opened borders, or even I was very intrigued by Laurence Demaison’s work. At the very beginning, it was a lot Diane Arbus and Nan Goldin that I discovered through my college teachers. For them I had the same approach as these great artists and they presented me at length their works. Then, at different stages: Corinne Mercadier, Sarah Moon, Sophie Ristelhueber, Bill Henson, Dieter Appelt, Roni Horn, Todd Hido, William Eggleston, Désirée Dolron, Elina Brotherus, Anders Petersen, Roger Ballen, Trent Parke, Anton Corbjin, Chelbin, Geneviève Cadieux, Rineke Dijkstra, Lise Sarfati, Sally Mann, Dicorcia, Christopher Anderson, Alec Soth.

Today when I am asked I feel like I could mention a multitude of names because there are many visible works but I don’t have the memory of names anyway. I am often touched, troubled, by images of little known photographers or of my generation. And unlike before rather images without human presence, photos of nature rather than intimate portraits as in the past. And I realizes that I am often absorbed in the work of women photographers like Katrin Koenning, for example. These are works that touch me, but it is not photography that influences my work.

When you start a project do you already have in mind a book or an exhibition or it comes after?
No, I don’t do things for a purpose in the first place. It would condition me too much otherwise. I will would say that this is being done as we go along. When I get an image, I sense things obviously as the shades that could accompany it, the space around it that would give either a breath or a moment of switching… I feel that very early. But doing things to do them, no, I don’t see the creative act that way. This could result from images or series, comes later.

It is a different job to know how you want to see your images live afterwards. Giving them to see is another energy than creating them for me. Since this Apache Palace series and what I put into practice for my current series of realization is about regaining pleasure, the instinctive side. As I said earlier, first and foremost the approach, I create a climate. I’m just trying to forget everything, to avoid the pressure of producing images at all costs, to consume the photo. Like the fact that I don’t want to adorn my images with a definitive meaning, I don’t want everything to be frozen before starting a photographic project.

Your universe is sensitive and poetic. Do you think there is a documentary background despite everything in your work?
There is this background of reality that is expressed in a personal and free way by ellipse and metaphor but which is based on an emotion, your emotion, your expression, on the world, the human world, the nature. I work a lot on ambiguity, so inevitably my work is not intended to be in one single box. I think I’m on the borderline of documentary, mixing more abstract things and a plastician approach, contemporary while having documentary parts.

My work is in response to the world, what is happening pushes me to make images, to testify, to give another vision. It’s start from the real, but my photographic process is less « direct ». Then the transition to the digital allowed me to « neutralize » my work a little more, whereas before I used to use to the maximum the analog codes; therefore it allows me to play even more with this ambiguity and not to fit into a single box.

Your top 5 photobook?
So for a very long time I have all the books of Lise Sarfati and Sally Mann. So I will inevitably say:
« She » by Lise Sarfati of Twin Palms Publishers or « The New Life » of the same editions.
« Immediate Family » by Sally Mann at Phaidon Publishing. I find Katrin Koenning’s « Black Stars » sublime and Sarker Protick published by Chose Commune. I like « American Surfaces » by Stephen Shore or Philip-Lorca Dicorcia’s book that I bought in New York at his exhibition « East of Eden ».

More recently, my friend Gaël Bonnefon’s book « Elegy for the Mundane » published by Lamaindonne that I find beautiful with its very attractive cover but there is necessarily a sentimental side when it’s a friend. From this publishing house I have the one of Gabrielle Duplantier, that I like. But I’m only talking about the books on my shelves, I’m sure there are a multitude of pearls that would give me a lot of emotions, but my banker calms me down well. 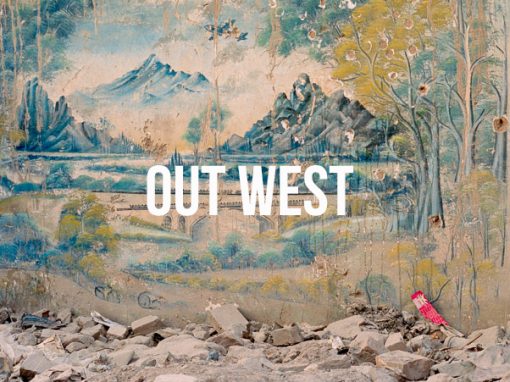 Can you explain your series about the Xinjiang region? Out West is a travel-driven documentary project about the far-western Chinese province of Xinjiang, which until recently was a territory of cultural, religious, and visual otherness

END_OF_DOCUMENT_TOKEN_TO_BE_REPLACED 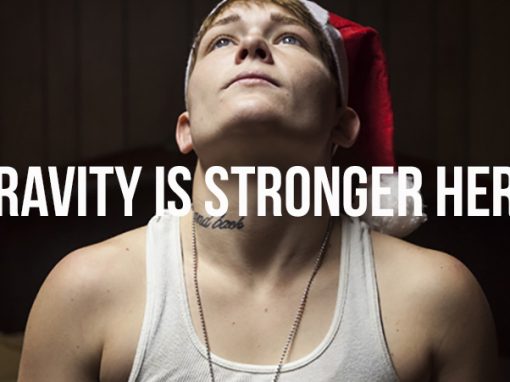 Can you explain your series and why did you choose this title? Gravity is Stronger Here is a series about desire: to be seen and loved. On its face, it is a documentary project featuring

END_OF_DOCUMENT_TOKEN_TO_BE_REPLACED 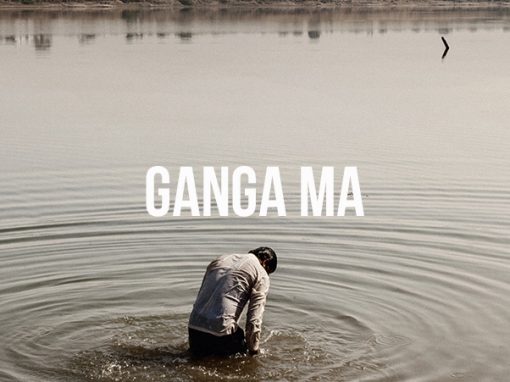 What makes you start the project Ganga Ma? Right after graduating from the European Institute of Design and Visual Arts in Rome, I moved to Canada for three years. While in Toronto, a friend of