Sophie Barbasch is a photographer based in New York City. She earned her MFA in photography from the Rhode Island School of Design and her BA in Art and Art History from Brown University. Selected grants and residencies include the Bemis Center for Contemporary Arts, the Blue Mountain Center, and a Fulbright Fellowship to Brazil.

About Fault Line
Sophie Barbasch’s series Fault Line is a personal look into the life of her family in the small coastal town of Brooklin, Maine. Focusing on her younger cousin Adam, the series explores the idea of family and how we are connected, while also exploring the sense of isolation we have from each other. Sophie uses the title Fault Line (where the earth splits in an earthquake) as a metaphor for exploring her family. Her goal is to explore the weight we all carry when things aren’t perfect and to question how a family moves forward and supports each other even when things are imperfect.

« Sometimes I think the project alleviates things and brings us together, but other times it doesn’t. Sometimes it’s an excuse to get closer and reflect on things indirectly. »

What is the starting point of this series? When did you decide to work on this topic and why?
This project started with a photo in 2013. On the same day, I took the last photo for my previous project and the first photo for this project. I was not expecting to do it beforehand, it just sort of suggested itself. I had been trying to avoid making work about my family, but I realized that in order to express some of the ideas I wanted to deal with, I needed to address my family directly.

There wasn’t a lot of research since the subjects are so close to me. In some ways, my preparation began a long time ago, since I have known these people for most of my life. But there was also a reframing. There is also the preparation of talking to my family members to see if they are willing to participate, which is an ongoing process. Personally, it involved looking more intensely at certain aspects of my upbringing. Having my photography and my family intersect meant that these relationships and dynamics were extra presents in my life–they were intensified.

Have there been constraints if yes which ones?
The limitations have been mainly interpersonal. I started the project because of familial conflict, and the conflicts remain. It’s a juggling act. It is a delicate balance to say to certain family members: « our relationship is very fraught. can we take pictures anyway? » Some days it’s feasible–other days it’s not. Sometimes I think the project alleviates things and brings us together, but other times it doesn’t. Sometimes it’s an excuse to get closer and reflect on things indirectly. Throughout, my younger cousin Adam has been extremely collaborative and supportive, so even when other things fall through, he is there.

Before talking about your project and your characters can you tell me what is your creative process?
The thoughts going through my mind while shooting is pretty different from what I would like the project to suggest. Shooting is about concrete, specific considerations–it is practical. I am usually just thinking about technical things. I try to make the underlying purpose of the photograph secondary in that moment so that I don’t get distracted. Before I shoot, I have an image in my mind. Sometimes people get in front of the camera and it looks different than what I wanted. So in the moment, I gauge if the set-up is what I expected and if not, if it can work anyway. Sometimes people riff off the original idea and it improves. Most of the time, the images reference specific events, so after the fact, I usually reflect on whether or not it evokes what I was trying to express. I think about the past merging with the present and whether I feel the image is opinionated or not. There is a certain relief that comes with this process of externalizing an idea. More broadly, I think a lot about the mythologies that exist within a family.

If you had to keep a picture that still affects you today whether it is for its photographic quality or the time of the shooting, what would it be? Your favorite and why?
The picture of my cousin Adam in the boat stays with me. He is alone, seen from above, which makes him seem prone in some way to either a person or a situation that is outside the frame. It’s getting dark, the grass looks like water–he is tilted as though he will fall/be washed out to sea. In general, what I hope to convey is a sort of persistent, mundane isolation. There is nothing particularly eventful at this moment. It is an everyday moment. At the same time, I would like to hint that this isolation is complete and profound. That is why I usually try to convey people alone in the wilderness. I want to minimize reference points.

« I think more than anything, it was that I never stopped taking pictures and I could never envision life without photography. »

Do you have any new projects in progress or in preparation? Can you talk about it a little?
I spent last year in northeast Brazil photographing various subjects–a railroad under construction, a community in the countryside, and life in the city of Fortaleza. I’m currently going through everything I shot. For this work, my process and approach were quite different. I didn’t stage anything, I was just reacting to what happened in front of me. At this point, I’m still not sure if it’s one project or various projects. I don’t think I want to create a documentary project, but at the same time, I would like to incorporate, at least on some level, the extreme volatility of Brazil in 2016, with the presidential impeachment, economic crisis, zika outbreak, corruption scandals, and Olympic saga.

Let’s talk a little about you quickly. Can you tell me what time of your life you decided to be a photographer? Who or what triggered all this?
I think more than anything, it was that I never stopped taking pictures and I could never envision life without photography. I tried to do more practical things, but I could never follow through with them. I started shooting in high school but didn’t take photography very seriously until I started grad school. In between, there was a lot of shooting and a lot of doubt. The first photos I took were of my family and friends. In college, my first series was about wandering around Southeast Asia by myself. I think what first drove me to take photographs was the desire to say something definitive, but the tension is that you can never really say anything definitive with photography. That is what I like about it.

Your favorite photo books? What are your favorite photographers? Have you other artistic influences? Music cinema painting? Can you tell me more?
These days I have been admiring
Sofia Borges,
Jo Ann Walters,
Paul Mpagi Sepuya, and Alex Majoli.
Buzzing at the Sill by Peter Van Agtmael is an amazing book.
Other long-term influences for me include Debussy and Jori Graham.

Do you have a dream project like if you can do your best project ever what is it?
I am always wanting to make work that is more personal and revealing than I am willing to do. I’m hoping that I can push myself a little bit regarding this in the near future. When I think of dream projects, I think of this feeling of vulnerability rather than a specific storyline. 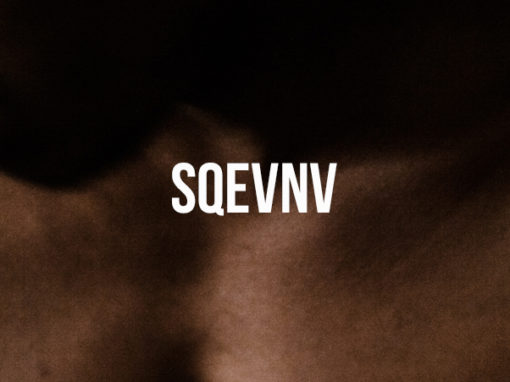